Suministros Dama RL accompanied the Murcia Racing Truck team on the circuit this July.of Nogaro in France, with the young Murcian pilot Pedro Marco at the helm, where at 20 years of age he participated for the third time in this circuit.

As a fact of interest, the Nogaro circuit is known as one of the most demanding due to its semi-urban design with the walls at the edge of the track, where it demands maximum concentration from the drivers.

On this occasion Pedro Marco was participating in the French Truck Racing Championship, where he faced highly experienced drivers such as Antohy Janiec, Thomas Robineau and Jennifer Janiec. In free practice Pedro set times with very good feelings, placing him in seventh position.

An unfortunate action with Jennifer Janiec, who lost control of the truck, caused our pilot to have an accident, leaving him out and free, and unable to compete in the race.

The Murcia Racing Truck team is now working against the clock to be ready for the next races in Valencia and Madrid. 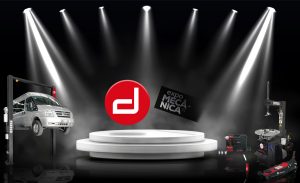 WE GIVE GAS FOR THE END OF THE YEAR STRAIGHT

Ver noticia »
30 September 2021
Call Now Button
We use cookies on our website to give you the most relevant experience by remembering your preferences and repeat visits. By clicking “Accept All”, you consent to the use of ALL the cookies. However, you may visit "Cookie Settings" to provide a controlled consent.
Cookie SettingsAccept All
Manage consent

This website uses cookies to improve your experience while you navigate through the website. Out of these, the cookies that are categorized as necessary are stored on your browser as they are essential for the working of basic functionalities of the website. We also use third-party cookies that help us analyze and understand how you use this website. These cookies will be stored in your browser only with your consent. You also have the option to opt-out of these cookies. But opting out of some of these cookies may affect your browsing experience.
Necessary Always Enabled
Necessary cookies are absolutely essential for the website to function properly. These cookies ensure basic functionalities and security features of the website, anonymously.
Functional
Functional cookies help to perform certain functionalities like sharing the content of the website on social media platforms, collect feedbacks, and other third-party features.
Performance
Performance cookies are used to understand and analyze the key performance indexes of the website which helps in delivering a better user experience for the visitors.
Analytics
Analytical cookies are used to understand how visitors interact with the website. These cookies help provide information on metrics the number of visitors, bounce rate, traffic source, etc.
Advertisement
Advertisement cookies are used to provide visitors with relevant ads and marketing campaigns. These cookies track visitors across websites and collect information to provide customized ads.
Others
Other uncategorized cookies are those that are being analyzed and have not been classified into a category as yet.
SAVE & ACCEPT